Once we moored up on Sunday we were both pretty worn out after our Ashton 18 experience, we had dinner and vegged out for the evening, there were still quite a few people walking up and down the towpath as it was a sunny Sunday evening, a lot of them stopped for a chat and quite a few families were out enjoying the weather.

We were going to head off first thing Monday but it was a nice spot so we stayed on. We went for a stroll back to the junction just as a boat pulled in and moored up, we got chatting to Les and Sharlene on Life's Dream and they were telling us of their not so good experience on the Huddersfield Narrow Canal, again lack of water, paddles not working and gates leaking. We enjoyed a cider with them before venturing into the town to see what was around.

Ashton-under-Lyne is quite a big town with a 24 hour Asda right by the canal, there's also Lidl and Aldi. The town has a big outdoor market area and also a fair size indoor market and all seemed to be thriving. There is a good choice of cafes and eating places too. Just a short walk from the main town is the massive Manchester IKEA, where we picked up a few bits and bobs and also enjoyed our free hot drink as it was a weekday and we are Family members.

Portland Basin houses a museum in the old warehouse and has exhibitions of the industry of the area, again all free and definitely worth a visit.

On Tuesday afternoon we were sat back at LJ after a morning around town, James heard raised voices outside, looking out to see what was going on there were a couple of policeman trying to persuade someone to come back up the embankment of the River Tame which runs alongside the canal, we then had a ring side view of a 'Police, Camera, Action' style operation with the helicopter overhead and four policeman on the ground, after a good 15-20 minutes the culprit emerged and was walked off down the canal. A job well done and interesting to watch.


We headed off around lunchtime today but only a short way, first just around the corner from our mooring was a lift bridge, under the M67,then through Hyde and the Haughton Dale Nature Reserve, stopping just before Woodley. 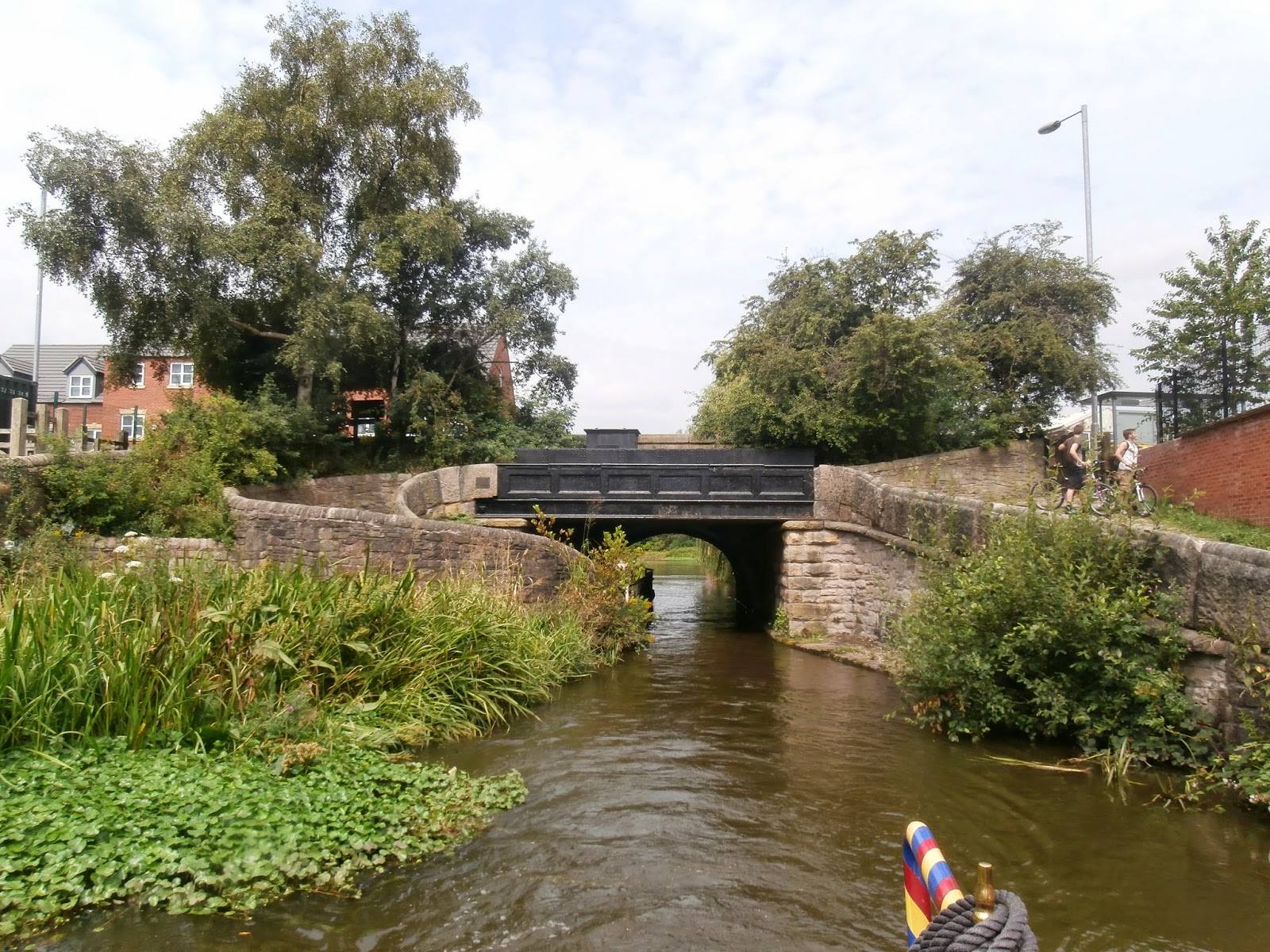 We survived - but first a catch up from yesterday afternoon when we arrived at New Islington Marina.

We stopped for water there and did a pumpout, while we were doing that another boat arrived, Shangri La, and took the last space, a guy called Ben (the site manager I think??) came and took payment for the pumpout, only £8, he said we could take the space in front of the boaters hut, not ideal but better than nothing but in the evening there was security guard around.

We were just getting ready to leave this morning when the lady from Shangri La was looking for Ben, it turned out they had a bottle thrown at the boat at about 3am and smashed their window, they had reported it to the police but wanted to report it to the site as well.

I really feel for the people who pay to stay at New Islington, its like a public park where youngster turn up causing chaos and even go swimming - yuk!

When we set off Shrangri La did too so we shared the first two double locks back to the Ashton Canal, then they were narrow so they went up first.

The first few locks went well, but the further up the flight we got the sorrier the state. We had passed three boats coming down by the time we reached lock 10, the cause of over three weeks of closure. Brand new gates had been fitted but we couldn't believe how much they leaked, from inside the lock James said there were black bags all down the side, were these bunged in there to try and stop the leaking? Who knows, but surely not a good way of doing it.


As we continued up the flight there was less and less water, the bottom gates had horrendous leaks, James said that in one gate he would have been able to fit his hand through one hole it was so big, quite a few paddles didn't work so it was slow going only being able to fill locks with one paddle and the gates at the bottom leaking so much.

LJ got grounded in one pound, I was going to let some water through from above but that pound was low too and there was a boat in the lock, so if I emptied and refilled that lock it would only make matters worse as the boat wouldn't have been able to get out of the lock and across the pound, there really wasn't enough water for two lock fills. Once the boat was in the lock and it emptied James could just about get LJ free and into it, next problem for us was getting out of the lock but this time I was able to let water down from the one above.

We met a few helpful people on the flight, holdings gates closed for me while I opened paddles at the other end to fill them because the gates wouldn't stay shut on their own.

So no sign of the warned about kids and nothing was thrown at us but a horrible flight due to lack of water and sadly lack of maintenance, even though the flight has been closed for nearly four weeks, I would have thought this would have been the ideal time for maintenance. It won't surprise me when there are further emergency stoppages on this flight.

We eventually reached Portland Basin and turned right onto the Peak Forest Canal and moored up shortly after.

I'm knackered, today was hot tiring work but would have been enjoyable if the canal was maintained, its very frustrating.

This is a notorious flight of locks heading out of Manchester (for us, into Manchester if you're coming the other way). We haven't tackled this flight before and were a bit apprehensive, talk of very stiff paddles and gates and druggies and drunks along the flight.

Leaving the peace and security of Castlefield this morning at 7:30am, we were heading up the flight. To open the first lock it wasn't a case of pushing, or pulling, on a beam, but there was a chain on a pulley which seemed to work quite well, we came across a few of these along the flight. LJ and James in the lock and I started to fill it noticing the pound above seemed a little low, when they got to about half way up the pound was getting lower, the level in the lock slightly rising and water gushing through the bottom gates. We needed to let more water down to the pound so I went up a couple of locks letting it through whilst James attempted to get in touch with CRT to inform them, but as it was Saturday he couldn't get hold of anyone.  Eventually we managed to get LJ out of the lock and the pound had risen a few inches, well at least I couldn't see the tops of the many cones in the canal.

We made it through to the second lock with the water level in the next pound on the low side due to flooding some down, but I had gone up a few locks to let water down so it wasn't too bad. The rest of the flight was ok water wise and yes there were some stiff paddles but the gates were ok to open and close, but the whole flight was a bit sorry for itself, I have never seen so much rubbish and a lot of people must have gone home bare footed - so many floating shoes and it had a very neglected feel about it. We did pass one guy who was having a sleep on the lock landing under a bridge but we managed to get by without disturbing him. 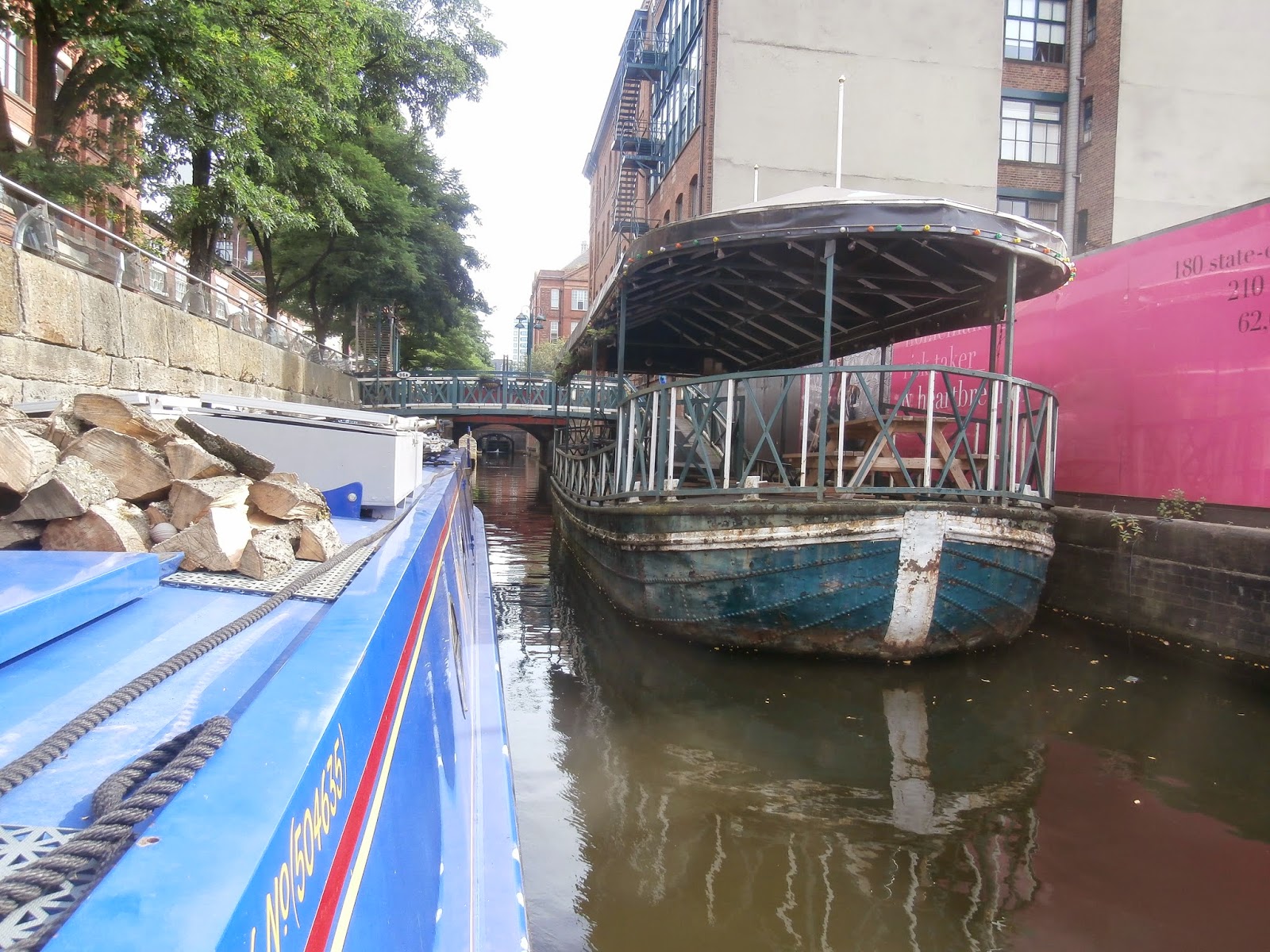 We continued on passing the right turn for the Ashton Canal and up two further locks arriving in New Islington Marina.

Hopefully all being well The Ashton 18 tomorrow, where I think we have to be careful of kids throwing things at us - an early start I think.

It was just over two weeks ago we left Sale only travelling a mile or so mooring up near Watch House Cruising Club at Stretford, then it was onwards to Manchester.

On getting to Castlefield in Manchester it was full, we had just turned at the end and were deciding what to do when a guy very kindly said he was about to leave so we hung around for 10 minutes or so and took his space.

After a day or so looking around Manchester we walked the mile to Piccadilly station and headed off on the train at a much faster speed than we are now used to down to Poole to visit Jess and Lee.

We were down in Poole for nearly a week enjoying the lovely weather and even got a stroll in down to the beach in Bournemouth before having a great time at Koh Thai restaurant. I also managed to get a visit in to Eileen who was our neighbour for 17 years when we lived in Poole.

The week flew by and it was time to get the train back to Manchester, the countryside zoomed by and we spotted quite a bit of the canals from the nice air conditioned train.

Back in Manchester we decided to stay another few days, the Ashton Canal has been closed as lock 10 in the flight had been damaged and the gate needed replacing, it's due to open on Sunday and as it's quite a way back the way we came to get to the Macclesfield Canal we sat it out.

We were out and about during the days, except one, the afternoon before we met up with a friend and managed to have too much to drink, James and I staggered back to LJ at 8pm after an afternoon session and it took us that evening and the following day to recover. 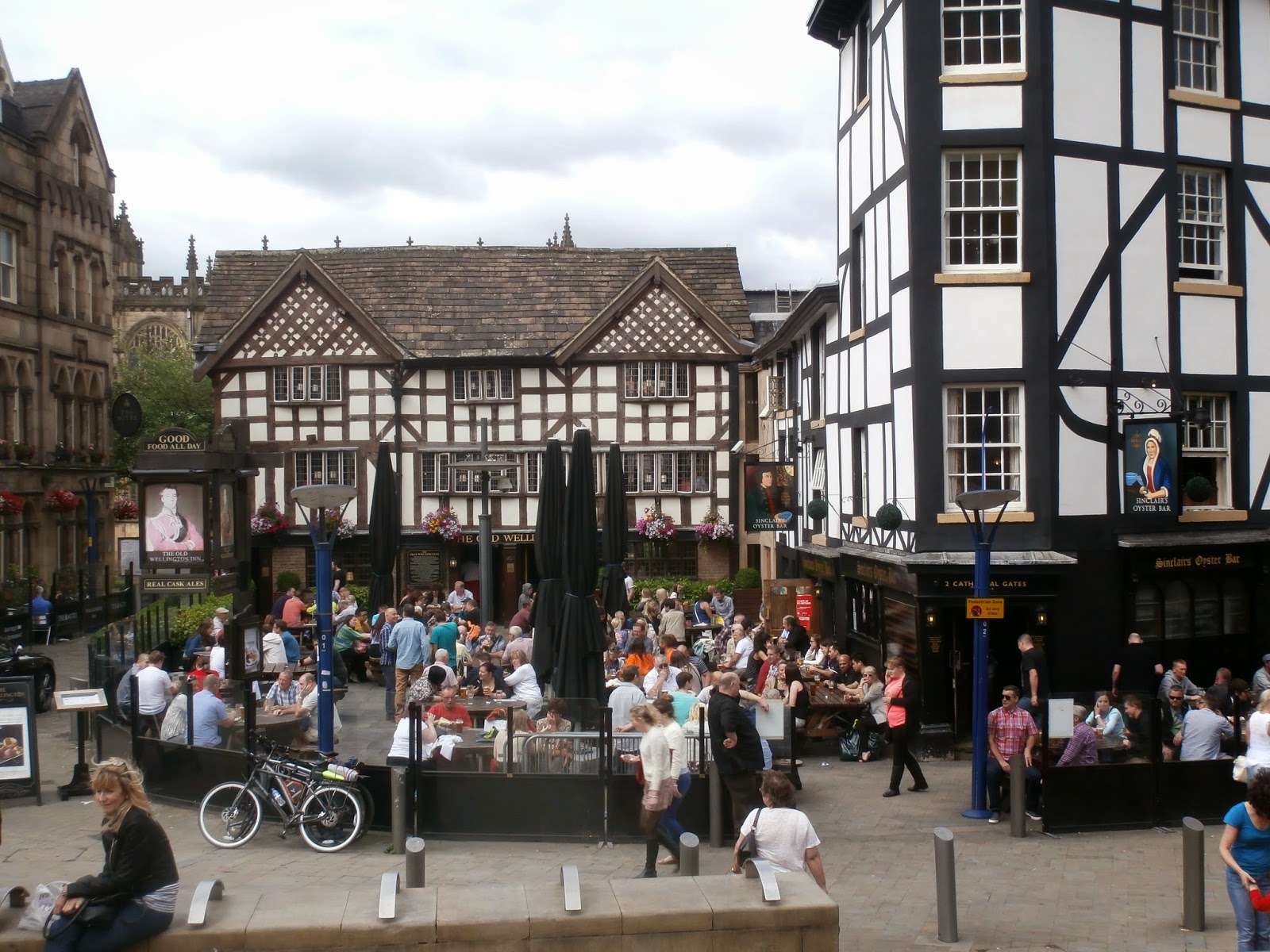 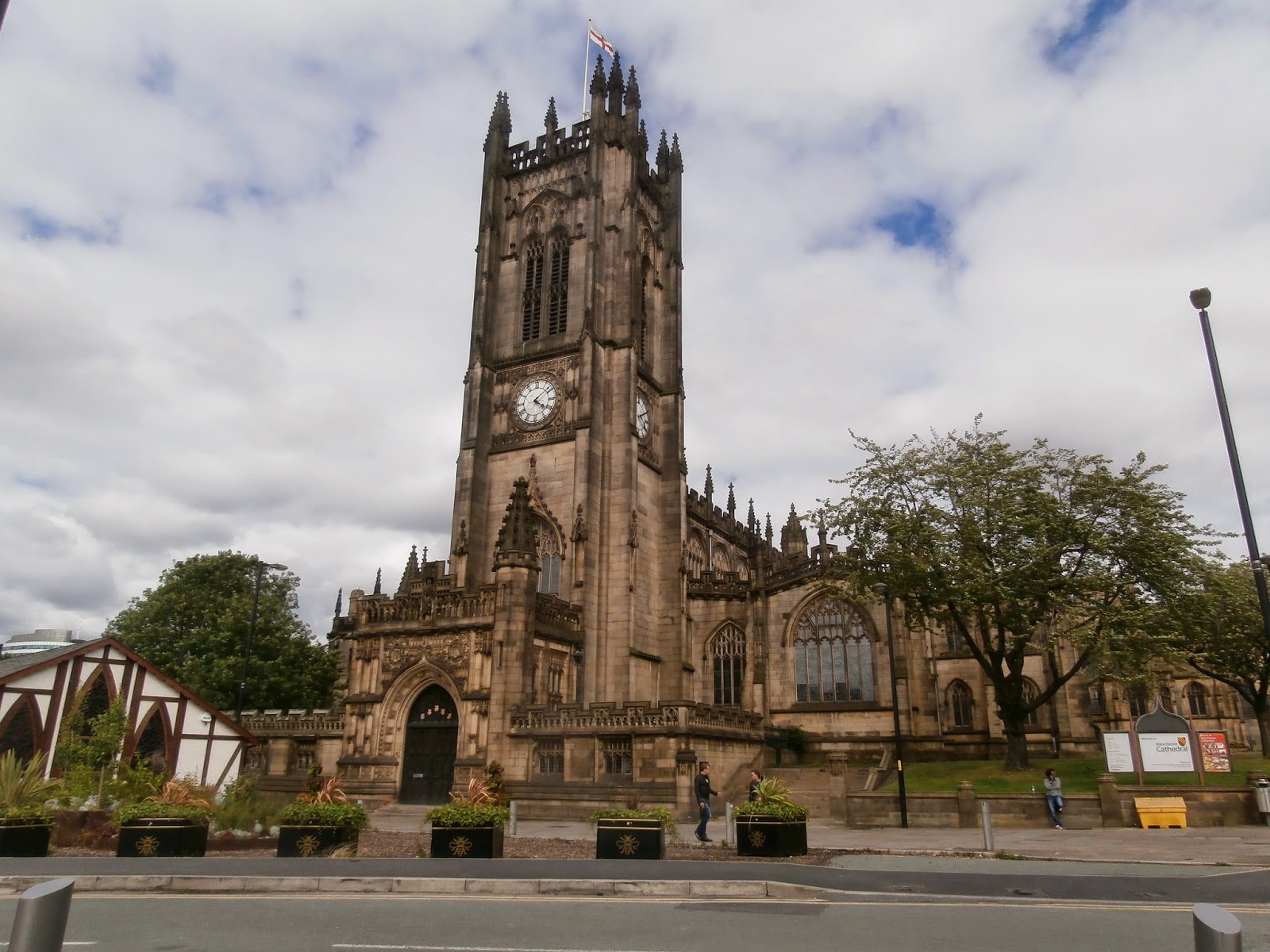 The John Ryland Library was worth a visit it was like stepping back in time. 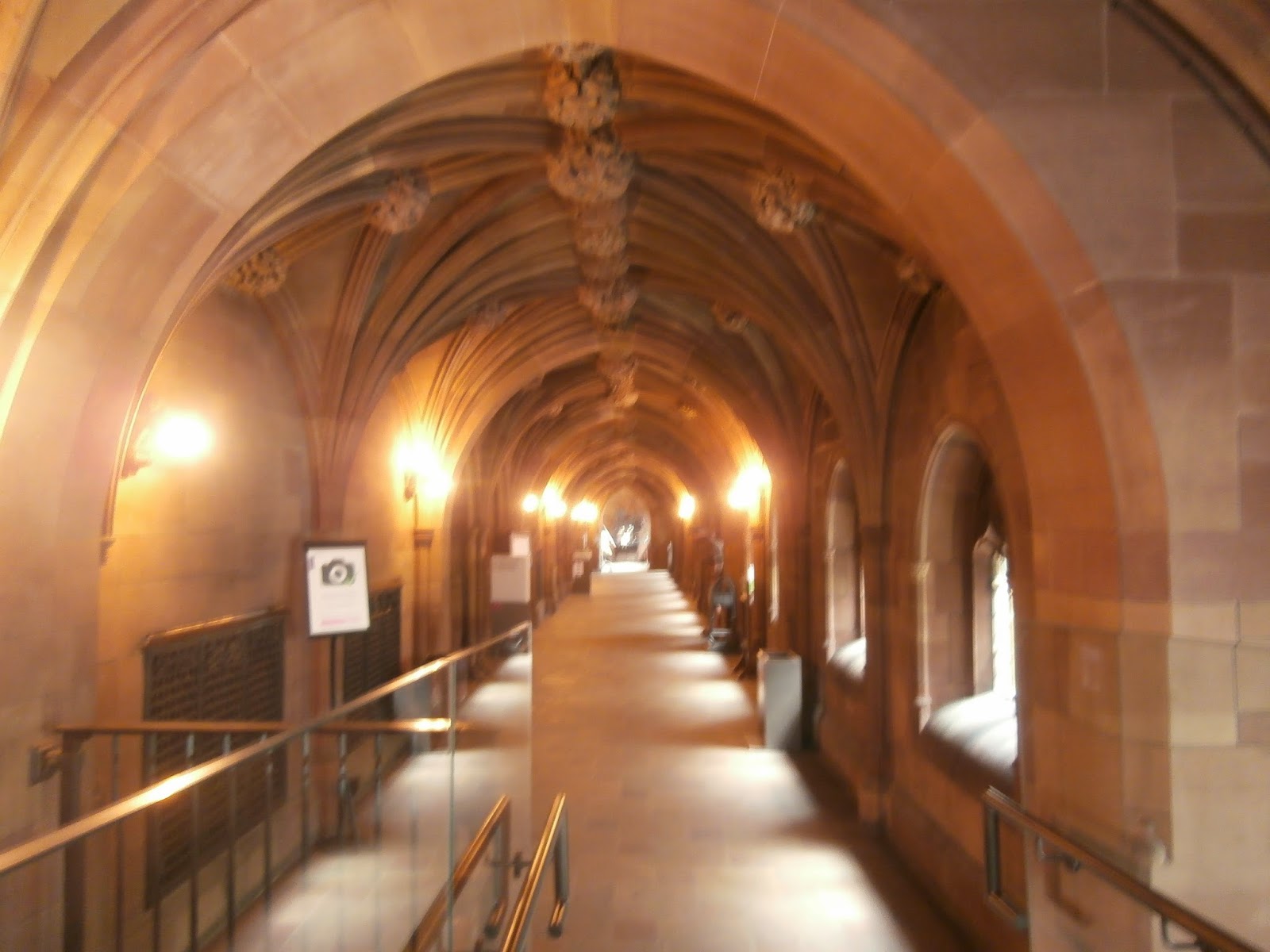 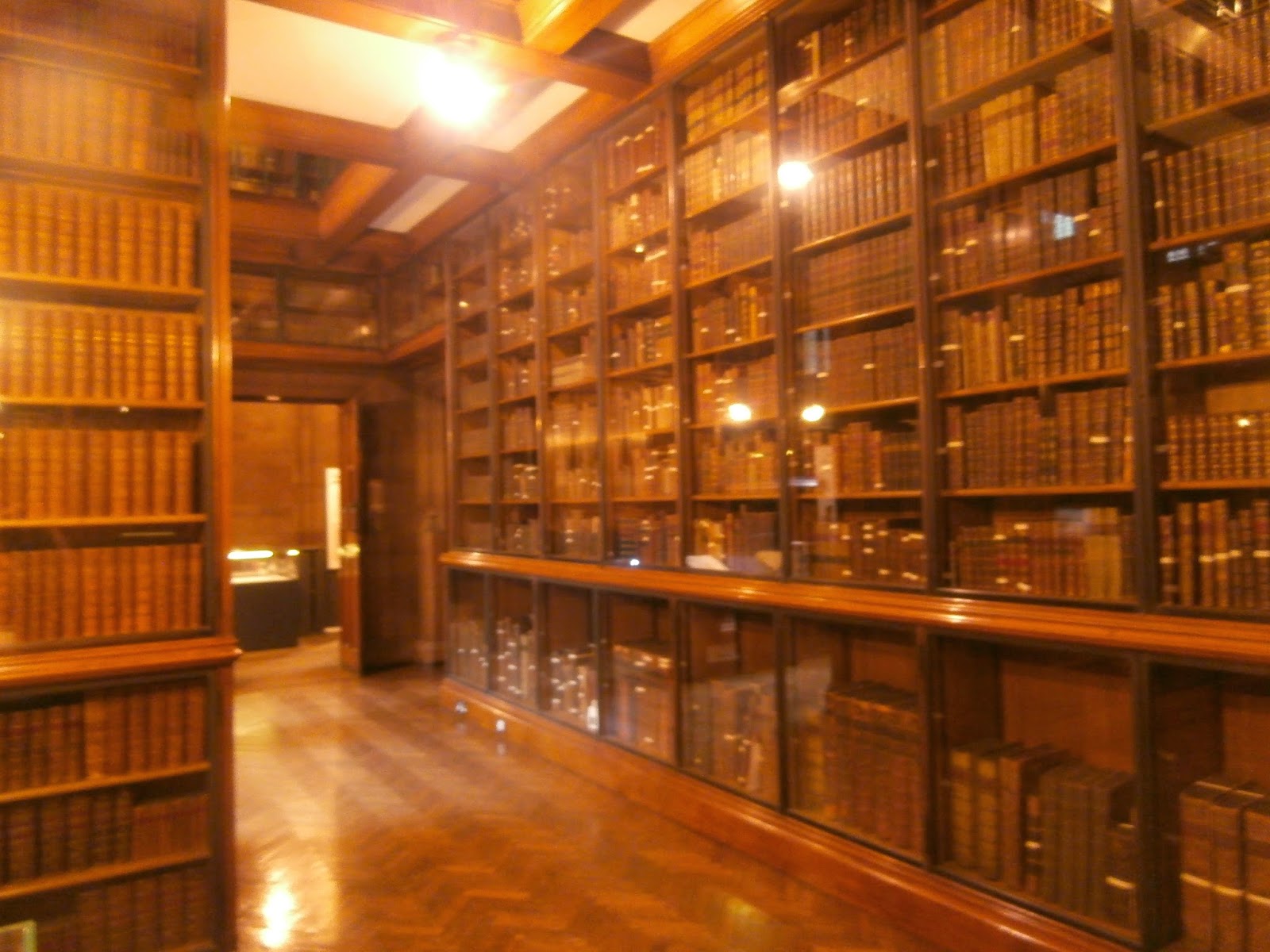 A couple of days were taken up looking round the Museum of Science and Industry (MOSI), what an interesting place, definitely worth a visit and free too.  I could say so much about it but as pictures speak a thousand words I let these do the talking ....