The BCN and Birmingham

After spending 8 weeks of commuting and earning my keep life aboard LJ goes back to normal enjoying the slow paced life with moving at no more than a leisurely 4mph.

I have been travelling by train from the Birmingham area to Coventry whilst James has been busy keeping me fed, the boat warm and clean, water in the tank, rubbish emptied and moving LJ to keep within our licence terms whilst making sure we were fairly near to a station. As well as all that the pen venture is really taking off so he's been making and selling pens. For a few of the weeks we have been slightly further afield and I had to get two trains, but luckily there are quite a few stations near the canal in this part of the world.

We were therefore annoyed and disappointed with CRT to be served a patrol notice one afternoon, James obtained our sighting data and spoke to the Enforcement Officer to find it was based on being sighted at Cambrian Wharf for 11 consecutive days (they are 14 day moorings there) and then nothing for 18 days when we arrived back to near the NIA. These two places are less than 1km apart so it had been wrongly assumed that we had been in the area the whole time (even though the two sighted spots are on completely different canals) so where did they think we had been for the 18 days we weren't sighted so we must have been somewhere else or were we invisable? Needless to say James has made his feelings very clear, on the phone, to the Enforcement Officer who apparently couldn't find the boat on her patrol to speak to us. Funny that, its not easy hiding a 60ft boat in central Birmingham so I guess she either didn't look very hard or it wasn't there and was at one of the many other places and moorings we had been on during that time. 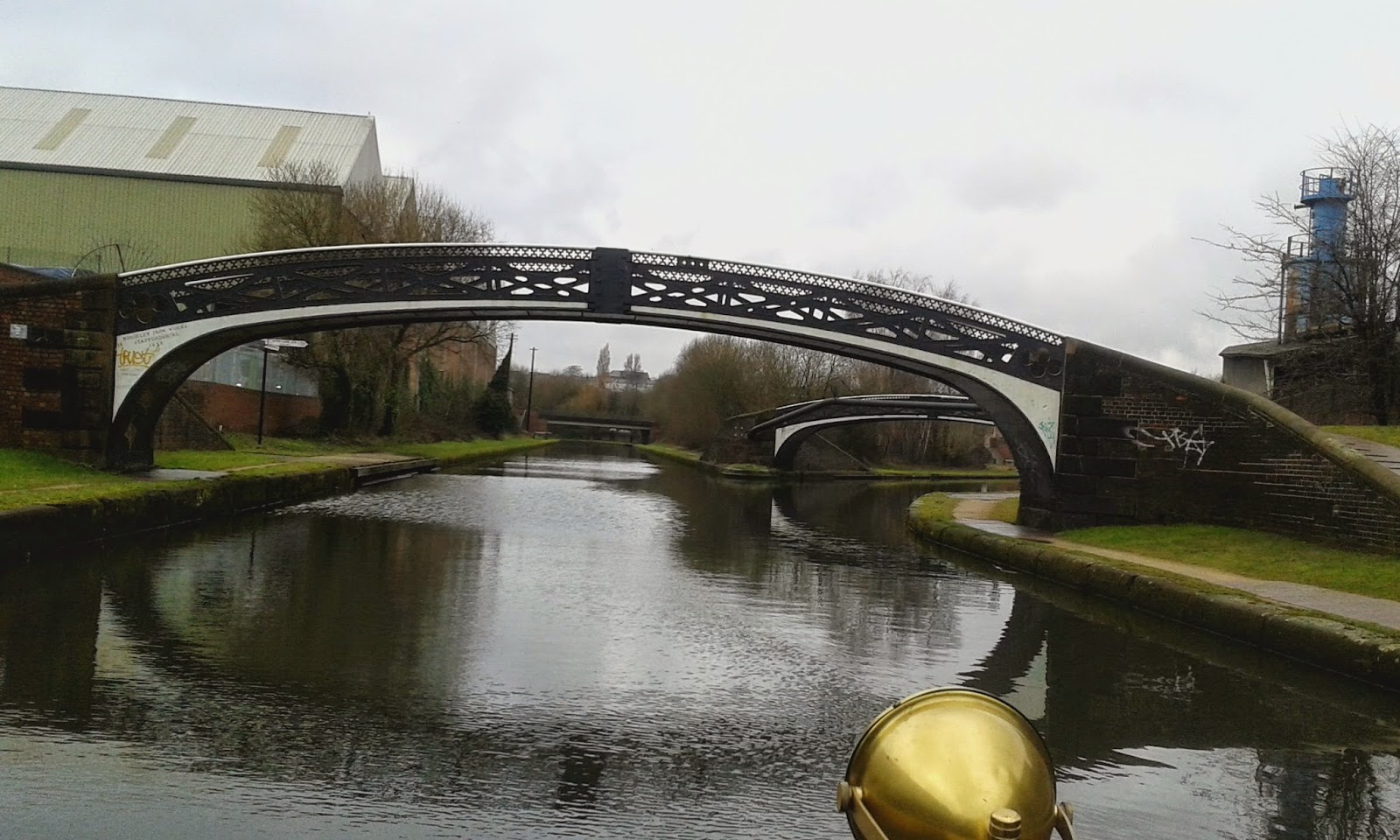 After a farewell drink with Peter and Heather in the Flapper last night we headed off out of Birmingham again today, this time through the long and cold Netherton Tunnel arriving at Windmill End in time for the Six Nations Rugby.

Miles and locks for our time in the Birmingham area: 29 miles and 6 locks