We left the Black Country Living Museum on 2nd and passed through Tipton and, behind the slowest boat ever, down Factory Locks. We arrived to a very quite Birmingham and moored in Cambrian Wharf. We had a visit from Peter and Heather who were in Birmingham for the day. About a week later they joined us in Cambrian Wharf on their boat Blackberry Way, enjoying a couple of visits to Jimmy Spices making good use of their promotional offer of buying one dinner and getting the second for £1 - well it would be rude not to wouldn't it?


On 17th January we received the very sad news that James' Grandad had passed away - he had reached the grand age of 98 and up until a few days earlier had still been living very independently and strolling into his local town of Cardigan in West Wales. So on 22nd we headed off to Wales, as unusually his funeral was on a Saturday. The service was very well done, although obviously sad, but it was nice to see lots of family who we haven't seen for a while, Jess and Lee had also made the long journey up from Poole so it was lovely to see them again too.

On a happier note on Saturday we went out to celebrate Heather's birthday and we had a fantastic evening at Ming Moon, another all you can eat buffet, we certainly got value for money and the food was delicious. Their daughter Andrea was there too along with her husband Russ and son Tyler who did very well considering he's only 3 years old. We got a taxi back to Blackberry Way for a night cap, then we staggered back to LJ on the other side of the canal.


Paradise Forum is being demolished which formed part of the old library, thought I'd better get a photo to look back on.


Well the counters have been reset, so here goes for 2016.

Well I'll pick up from the beginning of December when we were making our way into Birmingham. We had a couple of days spare so stopped off at Merry Hill and managed to get a bit of Christmas shopping done there. We moored up on the embankment, which was a first for us, we had a great view over the shopping centre and were the only boat there, although there were three others round the corner in the wide part opposite Wetherspoons. 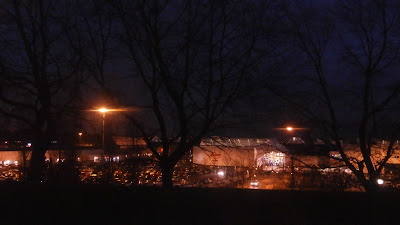 We then continued our journey into Birmingham stopping for a night or two at Windmill End. I had a few more pen orders to post off and James was continuing on making stock for the market. 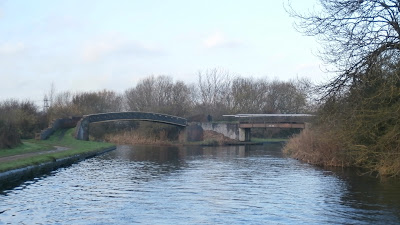 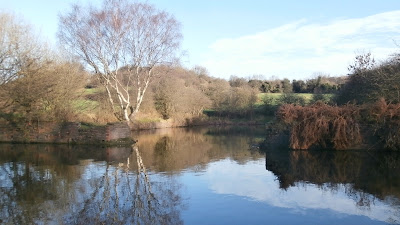 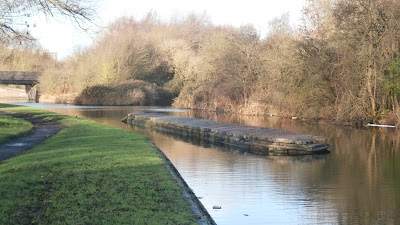 We arrived in Birmingham on the Wednesday, giving us Thursday to organise everything before the market started on Friday. It was good to catch up with our fellow traders, we hadn't seen most of them since September. 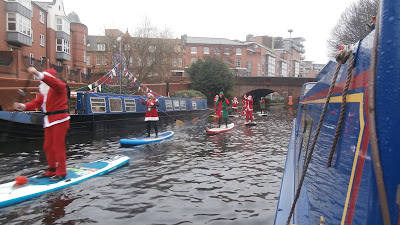 We set up fully on Friday and had a great day, trade was good despite not many people around. However, Saturday and Sunday the weather took a turn for the worse and was windy and raining, all we could do was set up a display in our pram canopy by the window for those brave enough to venture out, we did have a few knocks on the boat and managed some sales. It was also lovely to see some friends and previous customers, some who had come especially to get some pens for Christmas gifts. We ended the weekend with six pens in stock so really can't complain at all.

After the market we stayed around Birmingham, finishing our Christmas shopping before heading back out to Tipton then off through the huge Netherton tunnel, the small Gosty tunnel (which we had to take our roof boxes off for) and down into Hawne Basin where we were leaving the boat for our Christmas trip to Poole to Jess and Lee. 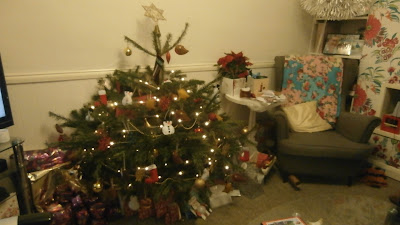 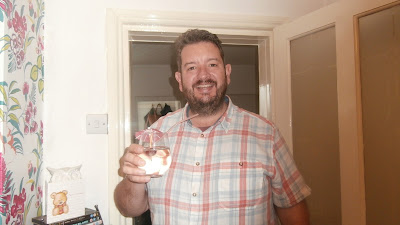 We spent a lovely few days in Poole, it really is never long enough, before heading up for a flying visit to my Mum and then over to West Wales for another flying visit to James' Mum and Dad. Then back to Hawne Basin and LJ. Dudley coped well with the journey although he didn't enjoy it at all, I think he preferred our train journey earlier in the year than the car.

We got back to the boat late on the 30th and left Hawne Basin on New Years Eve, we moored up outside the Black Country Living Museum at Tipton and in the evening caught up with friends in the Fountain Inn to see in the New Year. 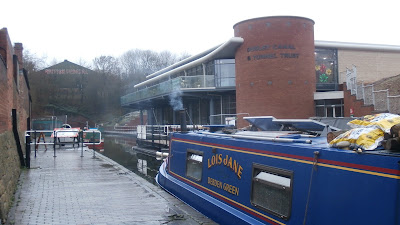